The ASIS International (Jamaica Chapter), Women in Security (WIS) community, provides support and assistance to women in the security industry, as well as inspiration to those interested in entering our esteemed profession.

Although the community and its programmes are tailored for women, we as a Community and Organization encourage and welcome the participation of all members who are dedicated to the support of women in the security industry.

“There’s something special about a woman who dominates in a man’s world. It takes a certain grace, strength, intelligence, fearlessness, and the nerve to never take no for an answer.” —Rihanna, Musician 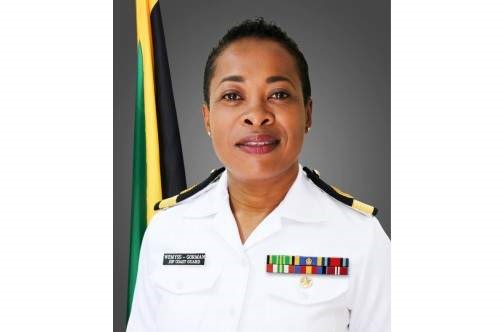 Commodore Antonette Wemyss Gorman, a career officer with almost thirty (30) years of service is set to create history when she becomes the first woman to be appointed Chief of Defence Staff of the Jamaica Defence Force (JDF) in January 2022.

Commodore (Cdre) Antonette Wemyss-Gorman’s accomplishments cannot be celebrated enough as she takes on this new role. Some of her professional highlights:-

Commodore Wemyss Gorman will be promoted to the rank of Rear Admiral in January 2022 at the time of her appointment as Chief of Defence Staff. 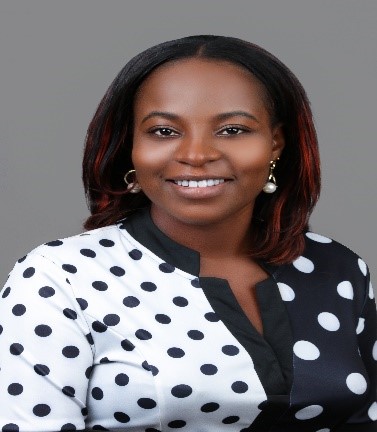 One of Aldean’s guiding philosophies is “There are two ways of spreading light, to be the candle or the mirror that reflects it” by Edith Wharton, as it truly embodies her beliefs.

We wish her well in her preparations and examination.

Signing of Agreement between Fortinet and WOMCY, Latam Women in Cybersecurity.

Earlier this year Fortinet, a global leader in comprehensive, integrated and automated cybersecurity solutions, announced the signing of an agreement with the non-profit organization WOMCY, Latam Women in Cybersecurity. This agreement is to promote greater diversity in the cybersecurity industry in Latin America, through the training and certification of WOMCY members in the Fortinet Network Security Expert (NSE) courses. “The alliance with WOMCY also allows us to bring our training offer closer to dozens of female professionals in Latin America, increasing their job placement opportunities and collaborating with the promotion of greater diversity and inclusion in our sector”, said Pedro Paixao, CEO and VP of Fortinet for Latin America.

“Cybersecurity is part of the operational resilience of companies and the World Economic Forum recognizes that this area is one of the most important problems facing the world today and, in recent years, has consistently classified breaches from cybersecurity attacks as the most significant risk facing business and government leaders. However, there is a lack of professionals and diversity in cybersecurity to accompany this scenario and, in this sense, the alliance between WOMCY and Fortinet is very strategic for us to join forces and minimize this gap more and more,” said Vanessa Padua, Leader for the WOMCY Talent program.

In May of this year - The Caribbean Women in Leadership (CIWiL) Regional Secretariat celebrates and extends congratulations to Dr. Carla Barnett on her appointment as the 8th Secretary General of the Caribbean Community (CARICOM). Dr. Barnett’s selection is historic as she becomes the first woman to serve as Secretary General of the oldest surviving integration movement in the developing world.